From WikiROMS
Jump to navigationJump to search
Grid Generation

To create a grid, you must understand how the variables are placed on it and where the boundaries lie relative to it. Here is a diagram of it: 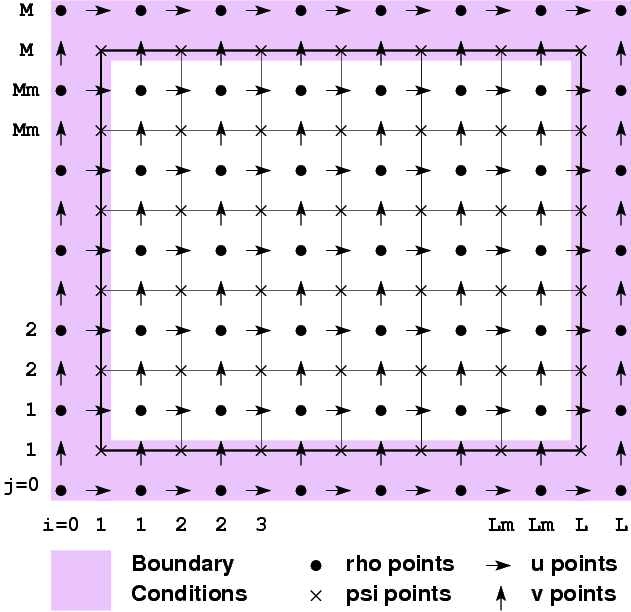 Note that there are Lm by Mm computational points. If you want to create a grid that's neatly divisible by powers of 2, make sure Lm and Mm have those factors.

A C program for creating curvilinear orthogonal grids with an arbitrary number of corners.

The bathymetry for ROMS is measured positive downwards, from a datum such as mean sea level (MSL). For a 'typical' ROMS application, the bathymetry would consist of all positive values. Also, for a 'typical' application, the bathymetry can not have values of 0 or any negative values. Most users would set some minimum 'clipping' depth and not allow the values of h to be less than that depth. However, if an application requires land, i.e. values of h that are negative, then the user is required to activate the WET_DRY CPP option.