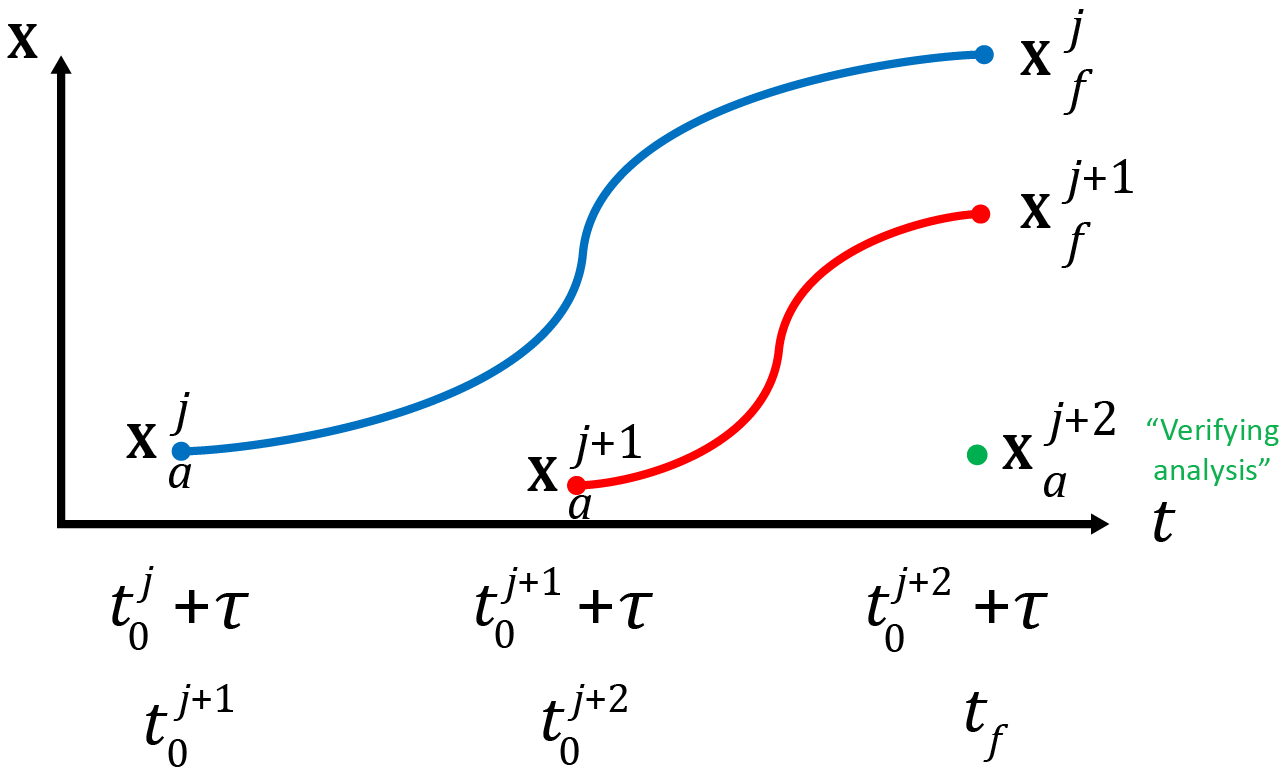 In the figure there are two forecasts of interest: initialized at the end of analysis cycle at time , and initialized at the end of analysis cycle at time . At time the error in forecast is given by , while the error in is given by . As noted above, if and are subject to identical surface forcing and open boundary conditions during the interval , then the difference in forecast error is due solely to the difference in the forecast initial conditions due to the observations assimilated during analysis cycle spanning the interval . (The more realistic case where the two forecasts are subject to different surface forcing fields is addressed below in the “step-by-step procedure” notes). Specifically, if the observations assimilated during cycle lead to an improvement in the forecast skill (i.e. ), while if the observations assimilated during cycle have degraded the forecast (i.e. ). While this convention may seem counter-intuitive, it is the convention used in the numerical weather prediction literature, so it seems prudent to adopt it here.