Major overhault of scripts in the ROMS Matlab repository

Major overhault of scripts in the ROMS Matlab repository

I have been working on a major overhaul of Matlab scripts and tools in the ROMS repository for several weeks. Since all the data in ROMS is managed with NetCDF files, some of these scripts use a NetCDF interface to Matlab to process the data. There are several interfaces for Matlab available from third parties. The most widely used interfaces are MEXNC and SNCTOOLS.

However, starting with Matlab version 2012a, released on Feb 9, 2012, the native interface to NetCDF is the preferred method for processing NetCDF data in the scripts distributed in the ROMS repository matlab and described here. The native interface was introduced in Matlab version 2008b for NetCDF-3 type files. The NetCDF-4 support started in version 2010b. The support for HDF5 files was completed in version 2011a. The OpenDAP support began in version 2012a. If your Matlab version is older than 2008b, we highly recommend that you update to the newest version. However, in the basic generic scripts we have switches for older versions to activate either the MEXNC interface for standard NetCDF files and the SNCTOOLS interface to process NetCDF files on an OpenDAP server.

The information about these new scripts is very technical and difficult to explain with plain words. We need definitions, equations, and a lot of diagrams to explain and illustrate the complexity of ROMS nesting capabilities. Therefore, we decided to put all that information in

WikiROMS instead of a very long message in this forum. In particular, we added two new menus to the documentation portal:
Below is an example of several nested grids for the US East Coast for the ESPRESSO coarse grid. This example is discussed in 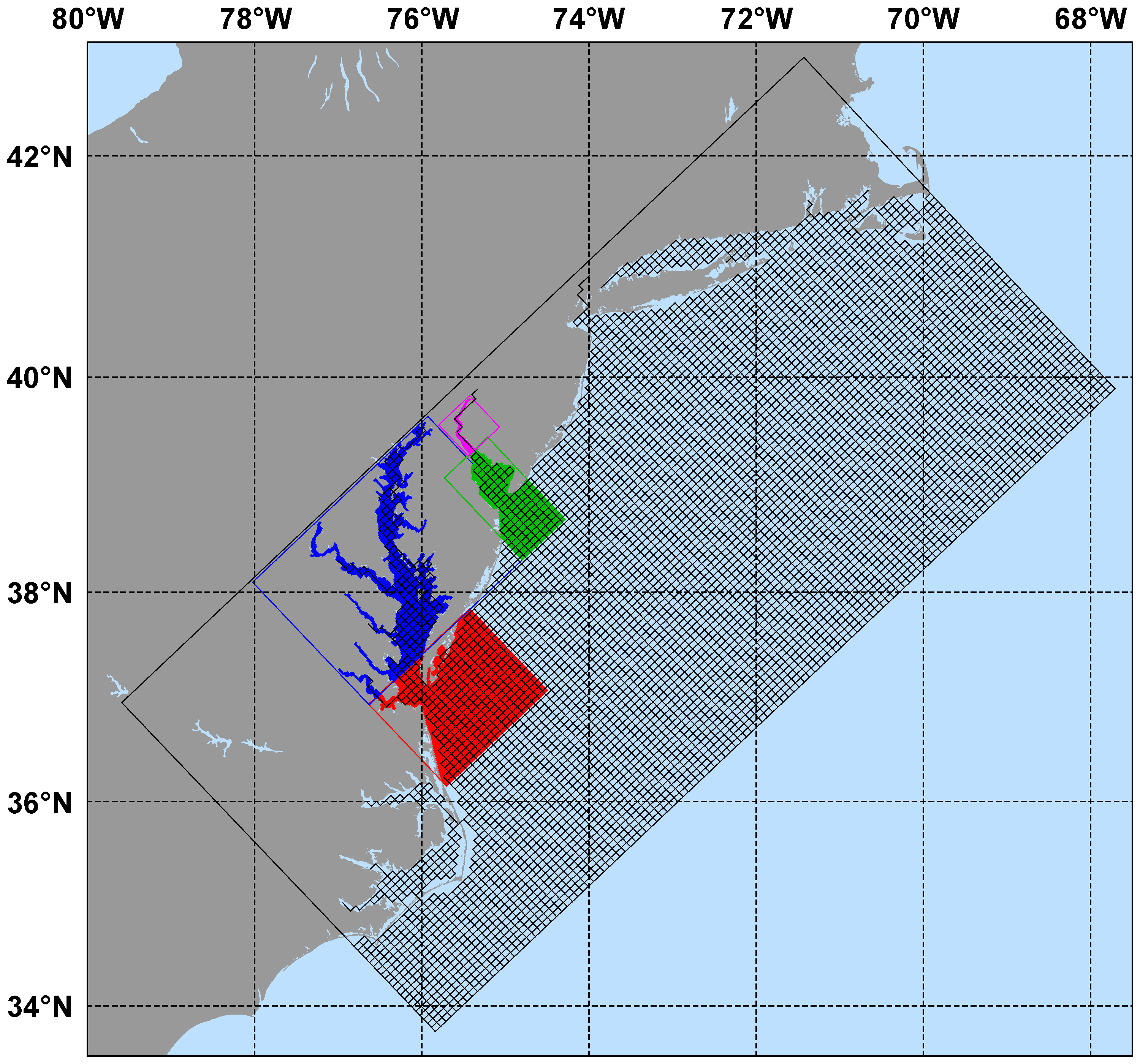 I know that several of you are looking forward for start playing with these nesting capabilities. You just need to be a little bit patient

It is coming soon

This capability is complex and we need provide a lot of documentation and testing. Also, I need to do this systematically. Otherwise, this forum is going to be flooded with a lot of frustrating messages. At least you now have all the Matlab scripts available to start thinking about a particular nesting application. I am sure that setting such applications will take time, knowledge, and experience.
Top
Post Reply
1 post • Page 1 of 1