The ROMS algorithms were

updated to include Phase II of the multiple-grid nesting infra-structure (svn trunk revision 519). This is a major update of the ROMS nonlinear (NLM), tangent linear (TLM), representer (RPM), and adjoint (ADM) numerical kernels. The main goal in Phase II is to remove all the lateral boundary conditions C-preprocessing options and replace them with logical switches. The changes are extensive because there were periodic boundary conditions (EW_PERIODIC and NS_PERIODIC) everywhere in the code. This required extensive testing of the NLM, TLM, RPM, and ADM kernels and provided idealized and realistic test cases.

The actual nesting capabilities are not available yet. This will be released in Phase III in the near future

. There is is still some work ahead. The changes that will be required for full nesting capabilities are very minimal but tricky and will involve changes to main2d/main3d and adding new files for the actual nesting. At the beginning, I thought that Phase II was really easy but tedious. Well, I greatly underestimated the amount of work and time in the debugger during testing. It was as tricky as Phase I but it only took me five months to finish it.

This version is named ROMS 3.6. Once we have the full nesting in place and finish other important developments it will become ROMS 4.0. The current plan is to release ROMS 4.0 sometime this year

With the added complexity of nested grids, the ocean.in file can become very confusing and difficult to edit by hand. To help alleviate this problem we are developing a Graphical User Interface (GUI) to ocean.in. Since ROMS modelers use several different operating systems, we needed a solution that would be easy to maintain across the different platforms. We decided to use

Python for it's cross platform capabilities, ease of maintenance, and code readability and the

wxPython GUI toolkit for its robustness and ability to mimic the look and feel of whatever operating system you run the GUI on. Below is a screenshot of the current state of the GUI running on Windows 7. 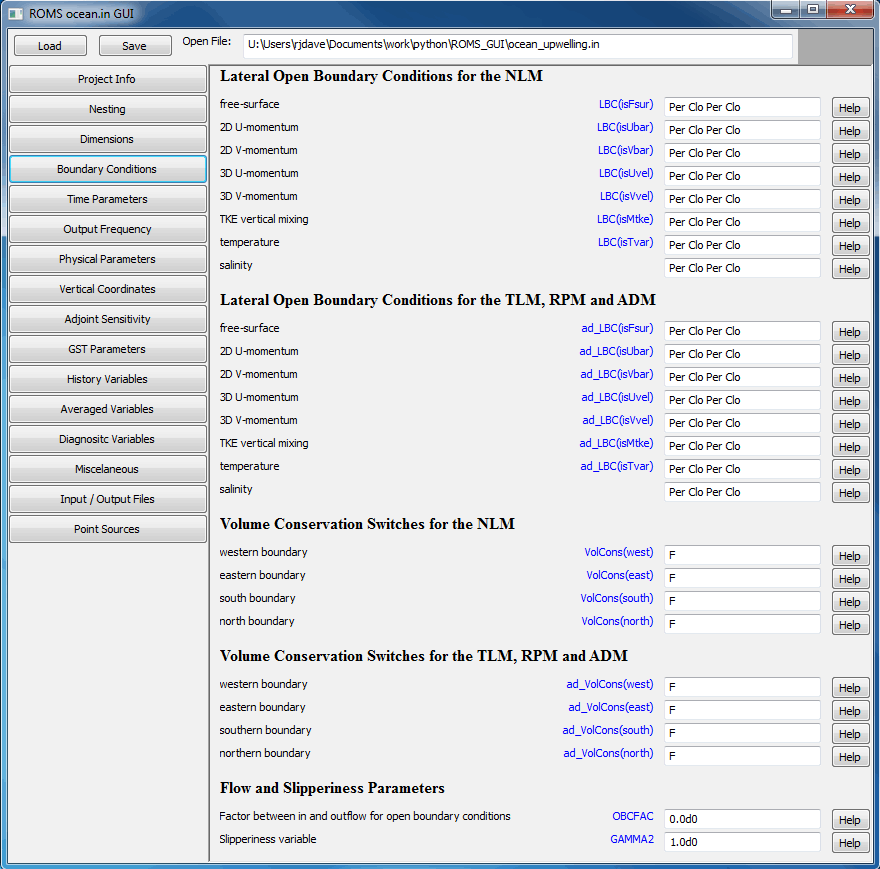 What Is New:
Technical Considerations:
Good luck customizing you code to ROMS Version 3.6